The Settlers: New Allies Leaked For Xbox Through Microsoft Store 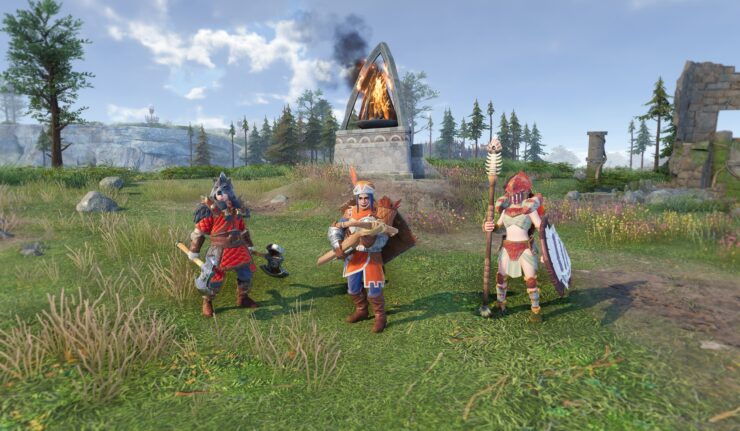 The Settlers: New Allies is coming to the Xbox consoles based on a listing found on the Microsoft Store. Ubisoft has planned a live stream for the game today.

The game was found on the Microsoft Store along with screenshots featuring various in-game locations and characters. These screenshots point towards the game getting an announcement for the Xbox consoles, possibly in the live stream that is planned for today.

The Settlers made "New Allies" along the way!

The team has been hard at work improving the game experience, and have decided to change the name of the game, to be more in-line with what it has become.

Tune in November 28 to get more info on the changes👀 pic.twitter.com/dep7vSzGnS

Here are some details on The Settlers from the official website.

True to its almost 30 years legacy, this new entry in the series combines in-depth build-up experience with real-time strategic battles. Choose among 3 unique factions and conquer this whole-new world powered by state-of-the-art graphics. Your settlement has never looked so lively.

The Settlers combines a fresh take on the popular gameplay mechanics of the series with a new spin. It offers a deep infrastructure and economy gameplay, used to create and employ armies, to ultimately defeat opponents.

Various online multiplayer modes with up to 8 players offer thrilling skirmish battles against other players or AI for long-lasting fun.
A story driven campaign will immerse the players into the world of The Settlers, while new players can learn the basic mechanics in a separate tutorial.

A WORLD TO CONQUER

3 playable, distinctive factions – the Elari, the Maru and the Jorn – can be found in The Settlers. Each with a unique look and play style.

At the heart of every match is gaining resources and building up your economy to recruit new settlers and a directly controllable, winning army. Research upgrades for your army and strengthen them by recruiting support and siege units.

Never before has The Settlers been so lively and rich in details. Powered by Ubisoft’s proprietary Snowdrop engine, The Settlers sets a new visual benchmark in the build-up real-time strategy genre.

Player will have to adapt their playstyle to explore the Landmarks and their special rewards or new biomes and their challenges.

It is currently available to pre-order for PC with a Standard as well as a Deluxe edition. The release date is set by the end of 2022 for PC.