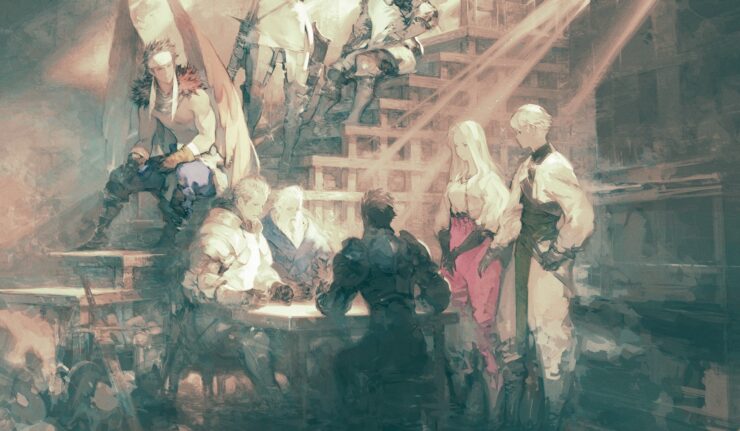 Tactics Ogre: Reborn has leaked on the PlayStation Store, however, the listing was taken down rather quickly and the game was removed.

Tactics Ogre: Reborn appears to be a remake of Tactics Ogre: Let Us Cling Together which was also available for the PSP. However, there is no official confirmation of this remake so it is hard to determine the changes or additions to this re-release.

For some reason, Sony has also removed Let Us Cling Together from the PlayStation Store. It was available to purchase for PSP for $9.99 and it was also playable on the PS Vita.

Tactics Ogre: Let Us Cling Together itself was a remake of the original release that was available for the PS1. It was developed by the team behind Final Fantasy Tactics including Yasumi Matsuno.

From the creators of the celebrated Final Fantasy Tactics® comes one of the most highly anticipated sequels to the ‘Tactics’ franchise. Hiroshi Minagawa (Director), Akihiko Yoshida (Character Design), Yasumi Matsuno (Game Design), Hitoshi Sakimoto and Masaharu Iwata (Composers), all key members of the original TACTICS OGRE™ development team, have reunited to deliver the ultimate version of this definitive tactical RPG experience.

In TACTICS OGRE™: Let Us Cling Together™, you will experience a lost tale of political intrigue, conquest, and rebellion. It is your choices through a branching storyline that determine the fate of the Walister Resistance, characters in the game, and the story as a whole. Your rebellion is enhanced with reworked visuals, effects, a re-arranged soundtrack by the original composers, new character growth mechanics, and a new Wheel of Fortune system that adds even more replay value to the game. Get ready for an evolved ‘tactics’ gameplay experience!

Given that it was added and removed from the PlayStation Store, an announcement might be on the cards soon.