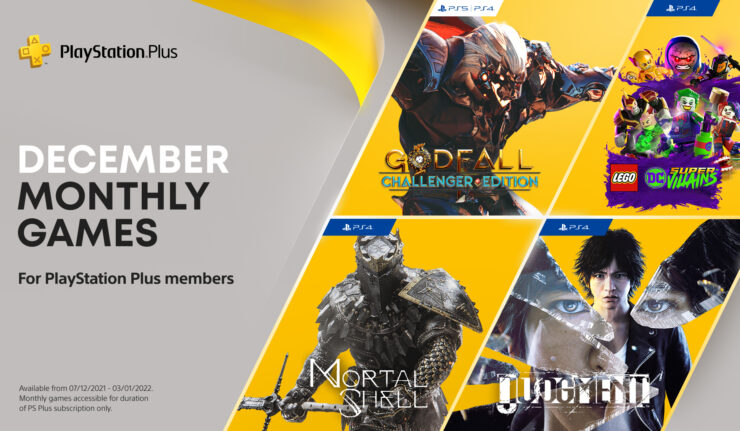 While Sony is providing Godfall Challenger Edition, Mortal Shell, and Lego DC Super-Villains to the rest of the world, Asian PlayStation Plus subscribers are receiving more.

They already announced the official game list for PlayStation Plus members, confirming these games. However, it was not reported that gamers in Asia will receive another game, Judgment, for the PS4.

This is also true in Japan, where Sony appears to be replacing Mortal Shell with The Sexy Brutale while continuing to offer Judge Eyes (Judgment) with the other titles.

When it comes to PlayStation Plus, it looks that one of the titles may be eliminated in Europe and the United States.

Judgment (or Judge Eyes) is an action-adventure game in which players take control of Takayuki Yagami, a former detective. The game incorporates action combat from the Yakuza series as well as new gameplay components such as investigation and more. It was launched on the PS5 with an improved edition earlier in 2021, although it is not available in the PS Plus version.

Tags:judgmentplaystation plusps plus
Source:Facebook
previous article
Genshin Impact Codes December 2021 – How To Redeem Codes?
next article
Xbox Exclusive The Ascent Has Been Rated For PS4 and PS5