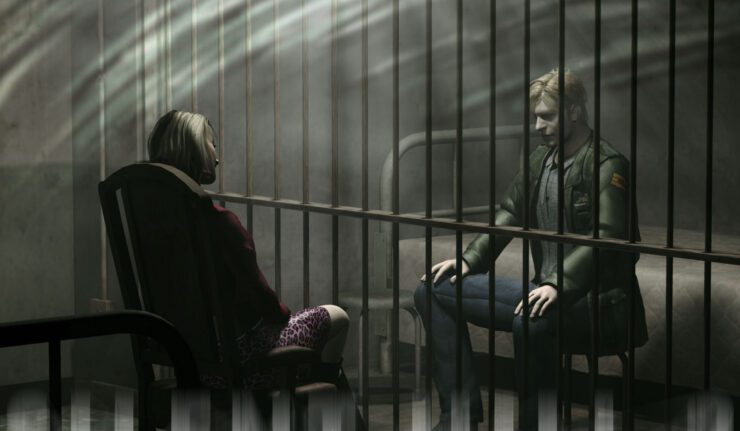 Screenshots from an internal pitch for the Silent Hill 2 Remake project by Bloober Team have made their way online showcasing a third-person view.

The screenshots were shared by a user on Twitter who has now deleted his tweet, but Dusk Golem, who has previously leaked screenshots from an unannounced Silent Hill project confirmed that these were legitimate, although they are not from the in-development SH2 Remake.

Okay, so I’ll say this if these are out there. They’re real, but they’re not even CLOSE to the final product. These are from an internal pitch demo from Bloober before they got greenlit, so its literally a no budget proof of concept thing rather than a final product, just keep that in mind. Out of everything that could’ve leaked, this isn’t actually what the final game looks like.

I mentioned before Konami was looking for pitches in Summer of 2018, this was one of the pitches that got greenlit, but take it for what it is; a proof of concept no budget demo to pitch a concept.

Here are the leaked screenshots for the SH2 Remake pitch that Bloober Team presented to Konami and got approval for the project.

Silent Hill 2 Remake is rumored to be in development by Bloober Team and it is one of the projects related to the IP that is in development at various studios under the direction of Konami.

Tags:silent hill 2
Source:Twitter
previous article
All Academics Wanted Quests Answers in Soul Hackers 2
next article
Which Are The Best Crown Upgrades Available in Cult of the Lamb?