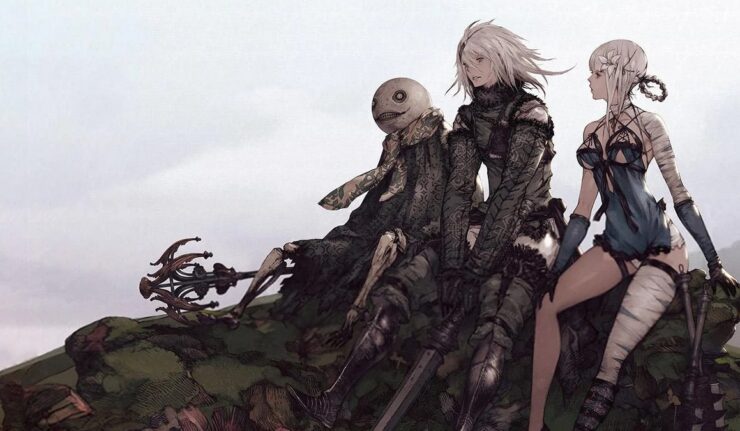 Nier fans might be in for a surprise as a new announcement has been teased for the Nier Fan Fest. It was hinted at by the series producer Yosuke Saito.

Nier series has received a new life with Nier Automata which is quickly becoming one of the best-selling games by Square Enix. They followed the success of Nier Automata with a remake of the first game called Nier Replicant. Automata was technically a sequel to Nier, and the remake brought together plenty of new changes and improved the combat system.

Square Enix hasn’t announced a new Nier game in a while but that might change soon. They are holding a fan fest for the Nier community where the series producer Yosuke Saito and game director Yoko Taro are also present.

The producer tweeted a display from the fan fest where the logo for the two games was present along with a third one. The third logo was covered with black tape to hide it. While there is a Nier game available on mobile called Nier Reincarnation, it is odd that this was hidden on the display.

It is also possible that this might hint at an announcement for the Nier series, possibly a brand-new game. It has been a long time since fans had experienced a new game from the Nier series but after the major success of the brand new, it won’t be a surprise to see a new game getting announced.

The Nier: Automata Fan Festival will be held in Japan on November 25 and 26 at the Tokyo Garden Theater.

Tags:nier
previous article
Pokemon Scarlet & Violet | How EV Training Works In It?
next article
How To Get Secret Ending in God of War: Ragnarok?