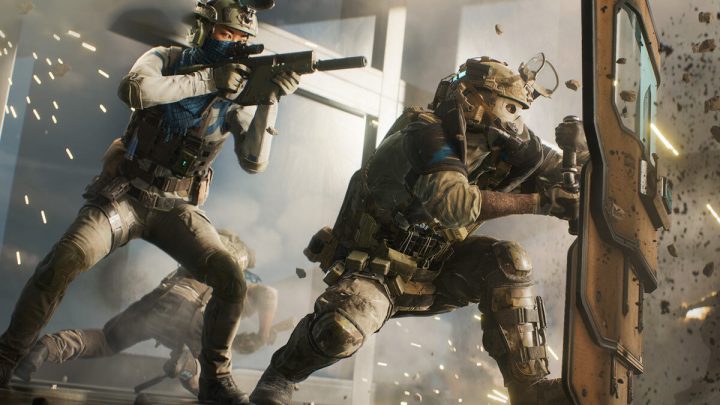 64 players modes are now available in Battlefield 2042 for PS5, PC, and Xbox Series X/S by the developers after they revealed it earlier this month.

These game modes were already available in the last generation consoles due to some hardware limits that restraints them to 64 player game modes. But now the famous 64 player modes have been added in the PS5, Xbox One X/S, and PC version of Battlefield 2042.

Several players didn’t like the 128 player modes in Battlefield 2042 and gave bad reviews about the game when it was released. Battlefield 2042 was full of bugs since the launch due to which the gamers got angry, but now it seems that DICE is working hard to meet their expectations. You can start playing Battledied by just going to the Banfield Portal instead of wasting your items. The directos have now finally added the 64 players game mode in Battlefield 2042 for the new-generation. Battlefield player count is now increasing again after the release of these game modes.

64 Player Conquest and Breakthrough are now available for a limited time in #Battlefield2042 on Xbox Series X|S, PlayStation 5 and PC👀

These modes have been added for a limited time so they will be removed from the game, but we don’t know when these modes will get removed. But if these modes gets positive response by the players there’s a chance that it will not get removed. The Holidays and New Year Celebrations are near that’s why DICE released this final update and playlist change.

DICE and EA are also working on Season 1 of Battlefield 2042 which will be released in 2022.

Tags:Battlefield 2042DICEElectronic Artsguidenews
previous article
Mortal Kombat 11 and More Are Coming to Xbox Game Pass Later In December
next article
Destiny 2 | The Other Half Legendary Sword | Where To Find?