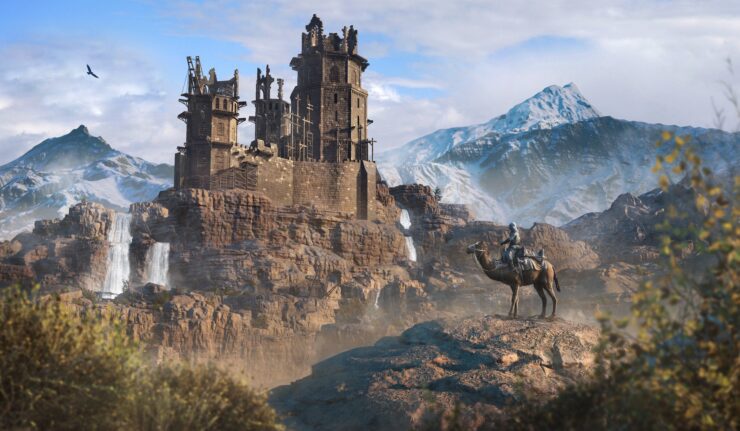 Assassin’s Creed Mirage has just been announced during Ubisoft Forward with pre-orders of the game going up, but the Xbox Store contains some additional information.

While the game is not out yet until 2023, the Xbox Store has provided a rating for it showing that it will be an Adults Only release, which counts for 18+. The reasons that are listed for this are “Intense Violence, Blood and Gore, Sexual Themes, Partial Nudity, Real Gambling,” in addition to In-Game Purchases. 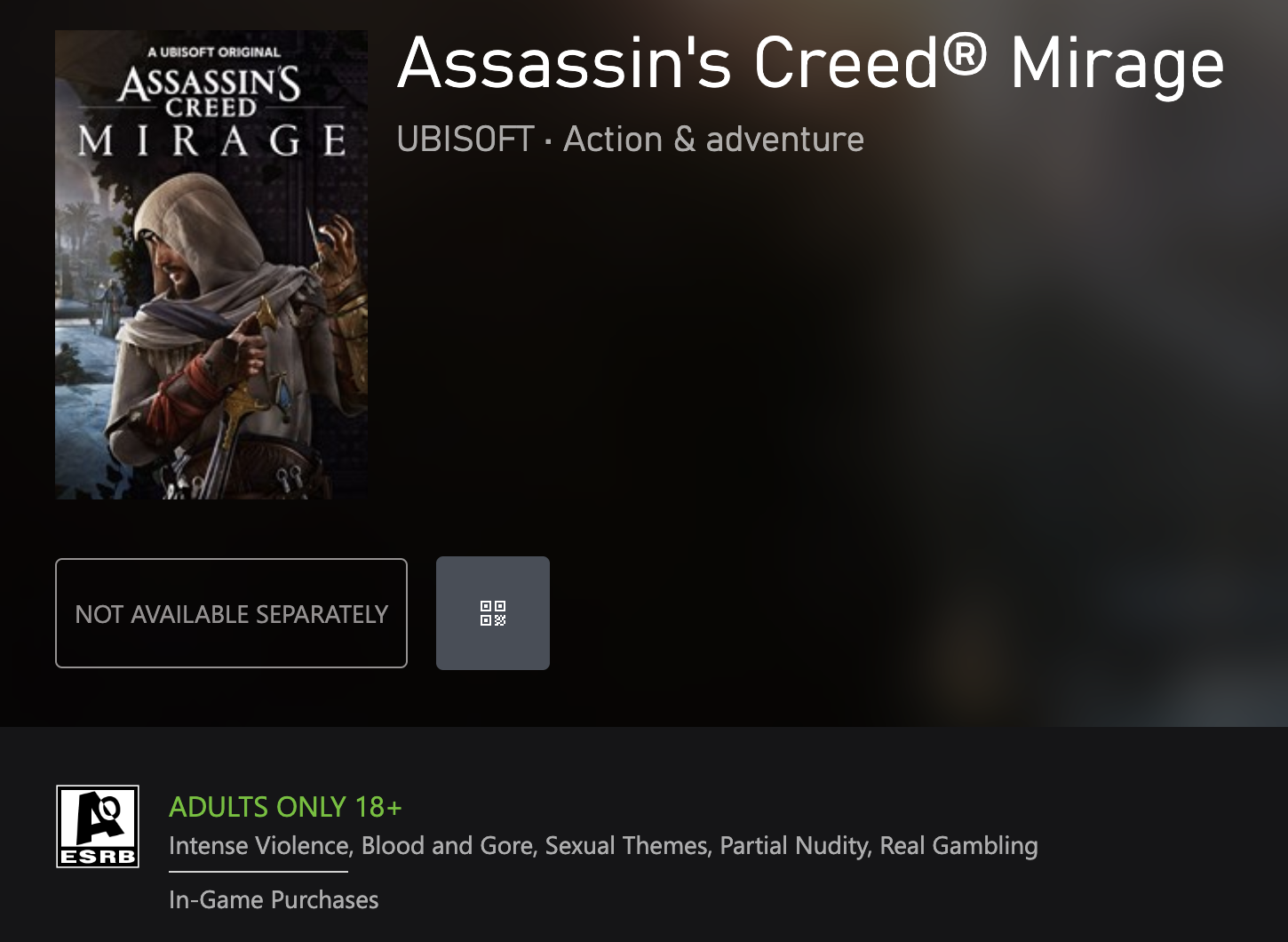 Here is the description from the Xbox Store revealing more information on the game.

Experience the story of Basim, a cunning street thief with nightmarish visions, seeking answers and justice as he navigates the bustling streets of ninth-century Baghdad. Through a mysterious, ancient organization known as the Hidden Ones, he will become a deadly Master Assassin and change his fate in ways he never could have imagined.

– Discover a tightly crafted, narrative-driven action-adventure experience that follows the transformation of a defiant young man into a refined Master Assassin.

– Journey to Alamut, the legendary home of the Assassins who laid the foundations of the Creed in this heartfelt homage to the game that started it all.

– Experience a modern take on the iconic features and gameplay that have defined a franchise for 15 years as you parkour seamlessly through the city and stealthily take down targets with more visceral assassinations than ever before.

– Explore an incredibly dense and vibrant city whose inhabitants react to your every move, and uncover the secrets of four unique districts as you venture through the Golden Age of Baghdad.

This game leverages Smart Delivery allowing access to both the Xbox One title and the Xbox Series X|S title.

We have reached out to Ubisoft to clarify this situation and will update you if we get a comment back for it.