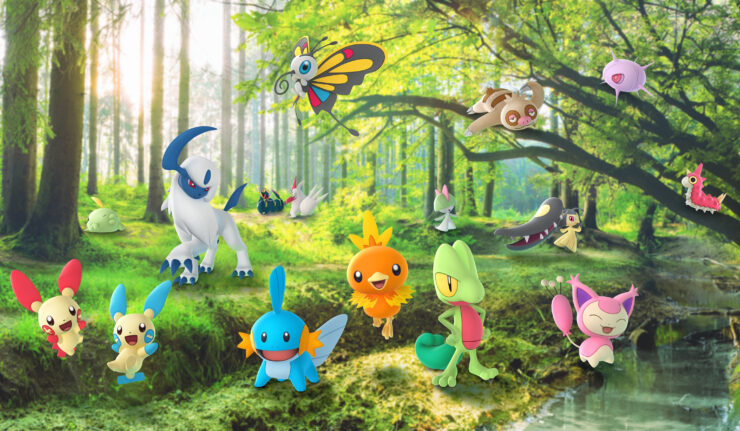 Each year’s Pokemon Go Fest presents a unique series of Pokemon, so here we will tell you what Mythical Pokemon is gonna appear this year.

Players who participate in PG Fest get a chance to get a series of unique Pokemon. Players can find these Pokemon in a variety of habitats and some of them can only be obtained through completing the Special Research Tasks. Each year a Mythical Pokemon appear along with rare and elusive Pokemon for the player to catch. So here we will tell you what Mythical Pokemon is gonna appear in this year’s Pokemon Go Fest.

This year Shaymin the Gratitude Pokemon is gonna make its debut at PG Fest 2022. Those players who have purchased the entry ticket before the event starts will be able to get it by completing the Special Research tasks before all the other players.

However, it will be available for the rest of the players after the end of the PG Fest 2022. Shaymin Candy will be given as reward to those who already had Shaymin in their collection. They can use the candy to make it more stronger.

So if you want to catch this Grass-type Pokemon early you must purchase the event’s ticket before it starts on June 4. Shaymin on the other hand, will almost certainly play a bigger role on the first day of the event, with an unknown raid Pokemon debuting on June 5 accompanying a Team Rocket event.

During this event, Axew the rare Pokemon will appear in several one-star raids. So you must purchase the ticket of this event to get this Pokemon along with several other rewards.