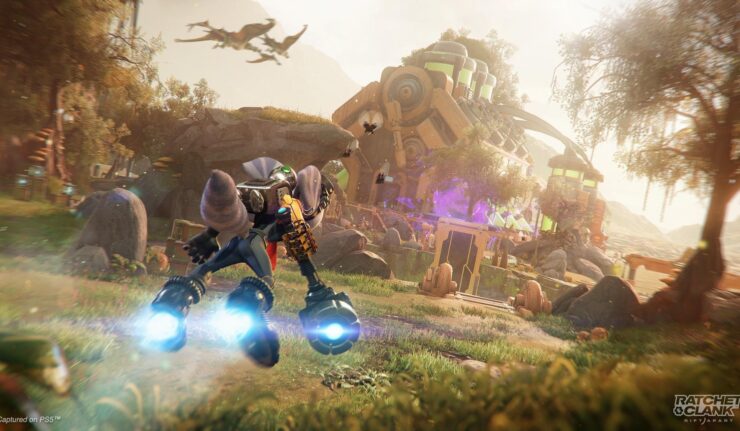 Despite the fact that Ratchet and Clank: Rift Apart was released more than six months ago, someone has discovered a whole new easter egg.

The easter egg looks to have been discovered after the devs mentioned in a recent interview that there are still some mysteries in the game that have yet to be uncovered. While the tweet and the TikTok video it was linked to were eventually removed, copies of the video were already available online.

This inspired several fans to look for them, and one of them was successful in finding the easter egg mentioned by Insomniac Games.

According to the Reddit user who discovered the easter egg, it may be uncovered by interpreting a language string at Zurkie’s Gastropub. It basically reads “You Were Not Supposed To Decipher This Language”.

@PlayStation @insomniacgames Is this the Rift Apart easter egg you guys were referring to? #Playstation #InsomniacGames #RatchetClankRiftApart #PS5 #EasterEgg pic.twitter.com/2L9V2MjD8C

While it’s great that someone found it, there’s nothing spectacular about it. It’s a lovely homage to those that hunt for such secrets in the game, but this easter egg serves no functional use.

Ratchet and Clank: Rift Apart is currently available for the PlayStation 5.

Tags:Insomniac Gamesratchet and clank: rift apart
Source:Reddit
previous article
Monster Hunter Rise | PC Achievements | How To Unlock Them?
next article
PS3 Games Are Being Discovered On PlayStation Store For PS5