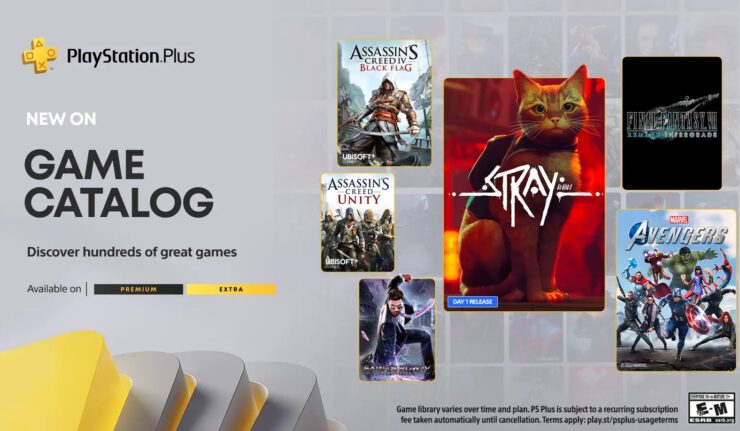 PlayStation Italy appears to have jumped ahead with the announcement of some unannounced PS Plus Extra and Premium Classics and listed them, later removing them with an update.

Sony has officially announced the games that will be coming to the PS Plus Extra and Premium subscription in July 2022. Among the games are Stray, Final Fantasy VII Remake Intergrade, and more. The full list also includes several Ubisoft Classics in addition to two PlayStation Classics. They are LocoRoco Midnight Carnival and No Heroes Allowed!.

However, there might be some PlayStation Classics that are yet to be announced and they were listed by the PlayStation Blog Italy only, but they later updated the article to remove the list.

This was before fans were able to take a screenshot of the games list revealing that they had listed three additional games along with the two announced ones. They were Dino Crisis, Soul Calibur: Broken Destiny, and Ridge Racer 2.

Dino Crisis has previously been rumored through the marketing promotion seen for the PS Plus Extra on the official PlayStation Store so its inclusion here won’t be surprising. As for the two other games, they are from Bandai Namco who are a big supporter for Sony’s subscription service.

It remains unclear why Sony has removed them, but it is also possible that they were planning to drop them along with another update later this month.

Tags:ps plus
Source:PlayStation Italy
previous article
Monster Hunter Rise: Sunbreak | How To Get Goldlite Ore?
next article
Stray | Trophy Guide | How To Unlock All Trophies?