Rainbow Six Extraction | How To Kill A Rooter | What is It’s Weak Point? 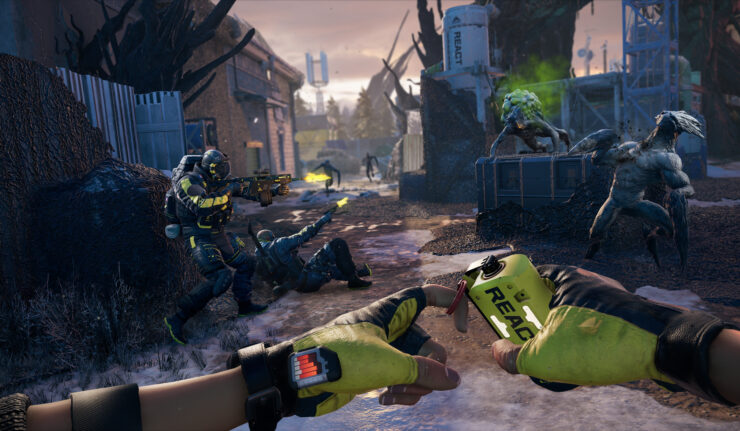 Rooter is a type of Archean that you will have to kill in a study mission. Here’s how to kill a Rooter with its weak point in Rainbow Six Extraction.

There are various types of enemies in R6 Extraction such as, Spiker, Tormentor, Lurker, Sower, etc, and each one of them has its own weak points. You wil have to kill these enemies but they are not easy to kill if you don’t know about their weak points. So we have made this guide to tell you about the weak points of a Rooter so that you can kill it easily in R6 Extraction.

Rooter is one of the various Archeanes that have attacked the Earth. It’s not as difficult to kill as compared to others. You will have to kill a Rooter by shooting at it’s week point to complete a study mission in R6 Extraction.

Shoot at the neck of the Rooter to kill it in a single shot as it’s weak point is its neck. It doesn’t reveal its neck and walk around on all fours and try to keep its neck covered. Which is why killing it and shooting at its weak point is not going to be easy.

How To Kill a Rooter:

Rooter’s weak point is not visible and it’s also very fast in speed so you must be quick and aim properly in order to shoot a rooter on its weak point and kill it in a single shot.

Here’s how to shoot a Rooter at its weak point to kill it and complete the Study mission: