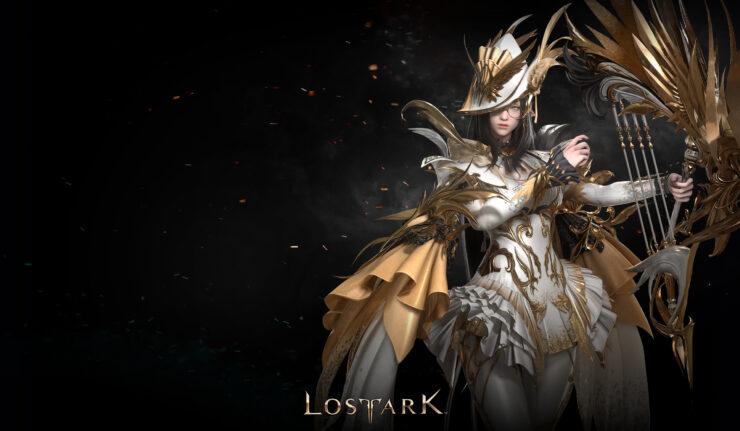 There are several bosses in Lost Ark that players will have to defeat to progress through the story. Here’s Everything you need to know about Necromancer Origin Abyss Dungeon in Horizon Forbidden West.

In this guide, we will talk about Necromancer Origin Abyss dungeons. You will find it at the end of the game. There will be some tips to clear these Abyss dungeons.

To clear these Abyss dungeons you need at least Tier 1 and a 4 man squad and also at least 340 level. In this guide, there will be some good tactics and all about the mechanics in this Abyss dungeons. So let’s start our guide.

After reading this guide you will have full knowledge of what you can expect from Abyss Dungeons and what type of preparations you need to complete this. I will also share the mechanics for the Boss Guardian fight in the origin of Necromancer.

Reanimated Garum is going to be your first boss of this origin. You will find that big dragon in Vern cinematic. This is going to be a very hard fight and its mechanics could destroy your whole squad if not careful. It has many hard skills.

First, you need to be aware of his roaring. Each time Reanimated Garum roars every player gets a red orb on there nameplate and if you get 5 of the red orbs you will die there. With the help of yellow or that you can see on the minimap you can remove the stacks.

This is the list of the mechanics for the Reanimated Garum:

One of the hard mechanics to dodge. Reanimated Garum will cycle from front and back and even on the sides. To avoid that try to cycle in the middle and keep changing the positions.

Reanimated Garum can use a dash too. His dash is going to be so fast and very hard to dodge. You really need a high-speed movement here to dodge this.

With this attack, Reanimated Garum will slam his head on the ground and create a shake and after that same place will become a safe place to use by players when they need to be saved from the big blast.

In this attack, he will release two rings of AOE effects. One will be under him and the other one will be far and big in range. You can avoid this by standing in between both of them.

This is going to be a quick charge attack and while doing it, it will release some magic rays from both sides which can give a lot of damage.

In this attack, he will swipes with his claws on the person with his eyes on and it can also give damage to that player.

As a big dragon, he will whip his tail and that will release a ray of magic in the backside so when he releases this attack try not to stand on his back.

This boss also has the ability to wipe out an entire squad or affect the whole squad in a single attack. It has an attack where you will see a big demon eye in the sky which will give an AOE indication and affect the whole boss room with that attack. If you want to survive this boss try to clear the yellow bar under the boss as soon as possible or else you all will die soon.

The other big attack that comes from this boss is when he has only 1 HP left and he will be invincible. Once he does that get to the four corners. Each player on each side matches the orbs with the AOE effect color and if you get the wrong color it will destroy everything with him.

This is the list of the mechanics for Sigmund the Immortal:

This one thing to be aware of is the place under you. He will randomly summon some fire under any player and it can be done many times. So be aware of that.

With the demon eyes first, he will do a big attack near his body and on the second time, it will be a widespread long-range attack. You can avoid this by standing behind him.

With this mechanic, he will throw some red eyes from the sky and you need to dodge them. Tre location will be totally random. After those eyes land, they will shoot some missiles so dodge those too.

This is a foul magic attack through which players can catch in a frontal cone.

5.   Jumps and Leaps: This boss randomly jumps back and forth a lot to crush players.

6.   More orbs: It can also summon orbs that can split in different directions. You can avoid this by remembering the position of their shooting.

7.   Raining Blood: It can also summon drops of blood that can affect the player’s health for a quiet time.

8.   Shart range 360 attacks: With his demon eyes, he can inflict a 360-degree melee attack that will give damage to anyone in that area on all sides.

There will be many big attacks from this boss. But there is a small place under him that can save your life from those attacks