Does Battlefield 2042 has a Single player or Multiplayer Campaign Mode or Not? 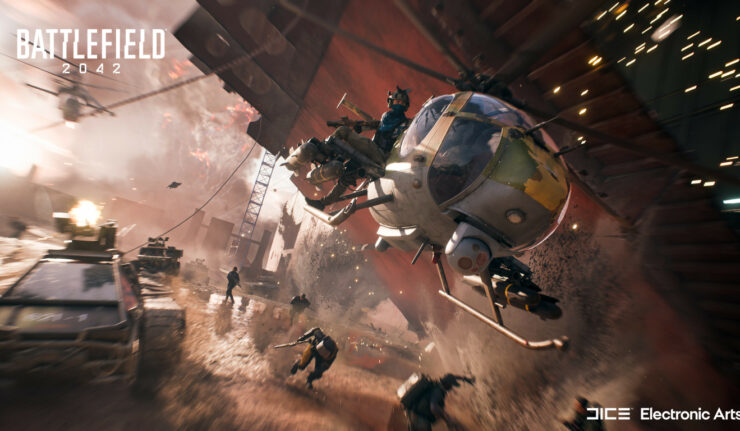 It’s been some time, and I am sure many of you are thinking or trying to find that if there is any single or multiplayer campaign mode in Battlefield 2042?

As we all know, Battlefield is famous for its best multiplayer PvP mode. Where you can enjoy this game with your friends a lot. So what about Battlefield 2042? In this article, we will try to give answers to all your questions about Battlefield Campaign Mode.

Battlefield 2042 Single or Multiplayer: Is There A Campaign Mode?

Sadly, there is no single-player campaign mode in the battlefield game. This game is mostly focused on war zone, so it’s more likely to be playable only with friends, and it’s so much fun. If you still want to have a feel of some sort of story mode, then you can play on a private server. But it will be full of bots, so I don’t think it will be much enjoyable alone.

Battlefield story shows the difference between our present to the future 2042. There is a total blackout in the world because of environmental disasters. But there is a War going on between US and Russia.

Let’s discuss some stories from Battlefield 2042.

In the year 2042, due to all the environmental damage, Earth will be total in chaos. Most of the cities are underwater. Also, Temperature is increased. All the currencies are already collapsed. Due to all this, there is a large number of people start to leave their places in search of good ones. There are millions of people are searching for new homes. There are many refugees known by the name of Non-Pats are fighting to protect and to survive.

In the year 2030 with the help of new technologies, people are trying to grow back farms and little by little it’s going towards a good start again. But 2042 brings new destruction to the world, and it’s a total blackout. The one and only big thing going on is the biggest war between Russia and US.

One other thing they add in the game is the dialogues before your game start to explain the whole situation you are in and why. It’s just a summary of what is Battlefield 2042. You have to play the game yourself if you want to enjoy it to the full extent.

Tags:Battlefield 2042DICEElectronic Artsguide
previous article
Battlefield 2042 | How To Reach Level Cap Fast
next article
Call of Duty: Warzone | Secrets Of The Pacific Challenges | How To Complete All of Them?